We’re never as dangerous as when we think we’re wise. At least I’m not. I’m always full of opinions about people who watch reality TV, or smoke, or wear their pants below their ass crack. I may talk about them, or give them dubious looks. It makes me feel a little better. But sometimes I start thinking I should prevent them from doing these things, and that’s when I fall into dangerous-as-a-panther-dropping-acid territory.

I don’t object to laws against stealing, killing, and other awful behaviors. Those have been thought about and tested by thousands of people over thousands of years. It’s like they’ve been crash tested, and they turned out to be Volvos. But when I think I’m so wise I can build a car in my backyard and let someone drive it into a wall, that’s unlikely to go well.

I get outraged by people who are shitty parents. I defy anyone to argue that some parents are not awful and repugnant in a way that poisons the soul. I think, “Jeez, if I could have stopped them from being parents, I would have.” I also think, “What the hell? People need a license to go out and shoot a deer between the eyes, but they can just have a kid because they think it would be neat?”

Sometimes I bitch to my friends about this. I’m blowing off steam and rockin’ on the injustice of it all. Then I think, “I can fix this. There ought to be a law.” That’s when I walk into the land of the dangerous panther. Until that point I’ve been complaining, but now I think I’m wise enough to make people do things and fix the whole problem. It took a wise fellow like Solomon to suggest cutting a baby in half. How much wisdom does it take to decide which people don’t deserve any baby parts at all?

My problem is that I wouldn’t get to see the parents act like insane baboons with their kid first, and then afterwards decide whether to let them have a kid. They’d already have the kid by then. So I’d have to make a prediction. That’s also known as a guess wearing a suit and tie.

Or, maybe I could look at them with their first kid and then decide whether to let them have any more. But even that’s tricky, because this all deals with who is allowed to exist and who isn’t. If I’m deciding whether other people’s children can exist, I’d better be pretty damned wise. Or, I’d better I hire wise people. And I’d better hope that after I’m dead the people making existence decisions don’t say to hell with being wise, and just tell the people they don’t like to shut up and forget having kids.

But I can be optimistic. Maybe I’m wise, and the people who come along after me will be wise, and everybody and his pet goat ends up being a wise, wise fellow. Maybe I can predict with complete accuracy who will be a whirling natural disaster as a parent. Victory! Let’s get a beer and get laid!

But wait—I see a flatulent hog rooting in my re-ordered garden of existence. Horrible parents don’t always create horrible children, and horrible children don’t always grow into horrible adults. In fact, if someone could have predicted my childhood, they would have almost certainly prohibited my existence, and I wouldn’t be around to comb my wife’s hair and ignore the weeds in my yard because I’m watching Blazing Saddles.

In the end, I haven’t even shown that I’m wise enough to stay away from wallpapering a bathroom. That’s not a good wisdom resume. I might bitch all I want about horrific parents, but as far as deciding who can and can’t exist, I guess I’ll stay out of what people do with their happy parts.

Besides, I may be busy passing other laws. I’m starting to change my mind about those pants-below-the-ass-crack guys. 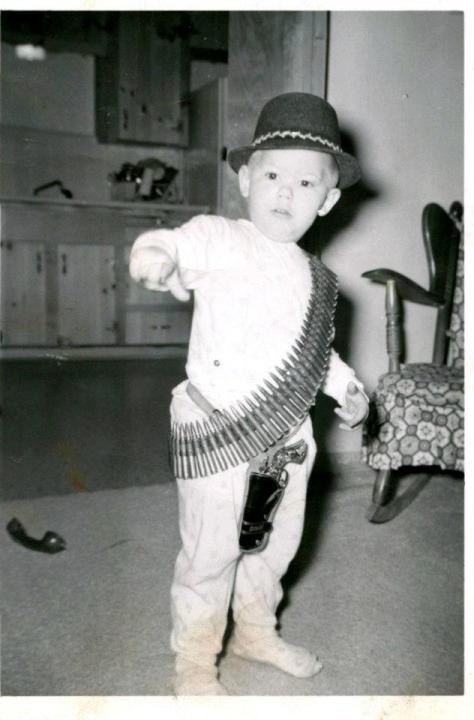 Should this child have been allowed to exist? We’re still not really sure.