Today We Have an Unfocused, Random Firing of Neurons

My hands shake all the time now. Well, that’s a lie. They don’t shake all the time. They just shake when I try to do something with them. It’s partly because of the otherwise harmless lesions hanging out in my cerebellum. It’s hard to describe. Think about it as if my cerebellum is the bottom floor of the fraternity house in the movie Animal House. The lesions are John Belushi and Tim Matheson and those other wacky guys throwing a party down there. My hands are that kid Pinto upstairs struggling to unhook a bra, which is hard when Otis Day and the Knights are making the house vibrate like a Dodge Charger with a 426 engine and straight pipes. The good thing in this scenario is that the lesions never make so much trouble that Dean Wormer shuts us all down, unlike in the movie. So, it could be a whole hell of a lot worse.

The other perpetrator of this shaking nonsense is the undercurrent of stress swirling beneath my daily activities. I’m waiting to find out whether I worked for a year to produce a repugnant pile of shit. You see, I wrote a novel last year, and this spring I had the amazing luck to pitch it to a cool literary agent. At least I feel she’s cool because she asked to see some chapters. I wanted to send them five minutes after she asked, but I made myself wait a couple of days so as not to look desperate.

A month later the agent emailed me a fantastically helpful note. She liked the first chapter, but nothing after that would make anyone want to read the awful, nasty tome. That’s not entirely true, I guess. She didn’t say awful and nasty. But she did give me some specific advice and say that she’d not be averse to looking at it again after a “thorough rewrite.”

I’m not quite positive what percentage of a book needs to be changed in order to qualify as a thorough rewrite. I can say that over the past two months I’ve changed a bunch of it. After rounds of editing that would qualify as OCD behavior, I sent the first three thoroughly rewritten chapters to her a few days ago. And now I simmer like gumbo.

I like the book, which I suppose is a good thing. It’s a comic fantasy novel, although not in the traditional fantasy mold. It contains just one magical being, and magical things happen about once per 50 pages. There are no magic rings, enchanted swords, effeminate elves, depraved wizards, or poems in dead languages that are so pretentious you want to beat yourself to death with the book.

What the heck does my book have then?

A hero who can’t keep his mouth shut, tries to bite off his enemy’s ear, and earns everything he ever wanted while suffering dreadfully along the way.

A vivid depiction of how it feels to be so in love that you’re the craziest person on Earth.

A number of shocking and nightmarish deaths.

The most bureaucracy-afflicted fairy in the history of literature.

It also includes what I believe are a lot of laughs. Everybody’s sense of humor is different, so that’s no guarantee you’ll be laughing until you choke on your own spit.

For example, I like the line, “People are as crazy as three chickens in a sack.” I read it to my wife last night. She said it was understandable. Although she didn’t laugh, she did say it sounded better than “three chickens in a bag,” which is undeniably true.

Maybe the final test is one of my favorite sentences:

“Had the thing stood up and produced blocks of sweet Gouda cheese from its ass I could not have been more astonished.”

Yes, that sort of sums up the product of a year of my labor. Maybe you can understand my stress after asking an agent to pass judgment on a book that includes ass cheese. 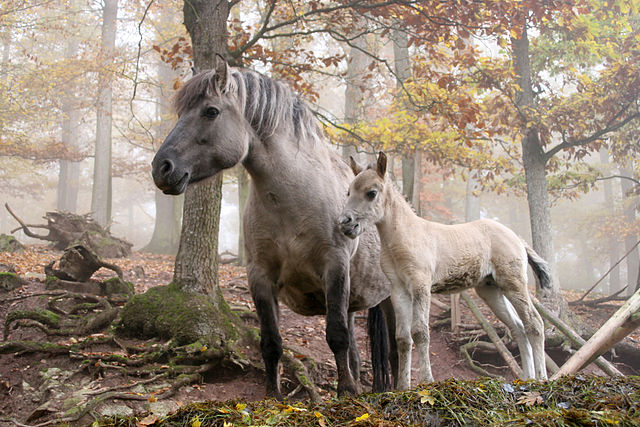 This gorgeous photograph depicts none of the scenes appearing in my book. But isn’t it cool?

This file is licensed under the Creative Commons Attribution-Share Alike 2.0 Germany license.